Can You Beat a DUI? Strength in Your Time of Need

Can You Beat a DUI?

Get the Answer from a Hartford DUI Lawyer 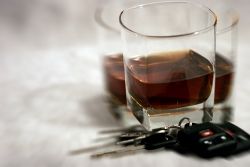 When facing DUI charges, you need to know that DUI charges can be fought and won. At Carlson & Dumeer, LLC, our firm is familiar with Connecticut's DUI laws and has successfully challenged DUI evidence which resulted in our clients' cases being discontinued due to insufficient evidence. We have also achieved favorable pleas in second DUI cases through successful negotiations with the prosecutor.

It is against the law to operate a motor vehicle with a blood alcohol concentration (BAC) of .08% or higher, but with the widespread use of prescription medications and other controlled substances such as marijuana, you can be convicted of DUI if you're driving ability was impaired by any controlled substance (legal or illegal), regardless if you had a valid prescription. It's important to hire a Hartford criminal attorney who knows how to beat DUI charges and how to win your case at your license hearing.

DUI convictions can result in:

As someone accused of DUI, know that it is in your best interests to hire a Hartford criminal defense attorney who is experienced in challenging the technicalities that can prevent a license suspension and DUI conviction. To discredit the prosecution's case we will:

Since a single DUI case includes numerous pieces of evidence and several individuals, accidents, and mistakes can happen, which can be used to your advantage. We will work diligently to challenge the police officer's testimony and every piece of evidence collected in your DUI case. If the odds are stacked against our client, we are very effective at negotiating lesser charges in DUI cases due to the relationships we have built with local prosecutors working on numerous cases in the past.

Facing DUI charges? Don't go down without a fight! Contact our office today to arrange a free case evaluation with one of our Hartford DUI lawyers!

Read More Blog Posts
Do I Really Need to Hire a Lawyer? With So Much at Stake, It Is Important to Know Benefits of Hiring the Right Lawyer
Learn More
/
View More Case Results
/
Read More Testimonials
Ready to Get Started? Contact Us Today for a Free Consultation

We Are Accessible 24/7 to Better Serve Our Clients. We Respond Promptly to Calls, Texts, and Emails.